He is eleven and wild-eyed, the soles of his bare feet dancing across weathered planks of wood as he dares himself to dive.

The afternoon sun is high in a cloudless sky, and it reflects across the surface of the lake like a thousand glittering crystals, making the child’s eyes draw tight in his freckled face. The air is scorchingly hot and dry, and the water glitters invitingly, practically begging the brave boy to sink into the relief of its wonderful coolness. He bites his lip and wobbles on the dock’s edge, gripping the wood with sandy toes, fighting against the shaky nervousness in his chest.

A small, crooked-eared dog sits patiently at the boy’s ankles, a faded red collar loose around his neck, panting heavily as his tail thumps against the dock. He’s aching to dive into the water, and he lets out a tiny whine of anticipation as the boy turns to him, unfastening the collar from around his neck and dropping it at the dog’s feet. Then the boy turns, draws a deep breath of summer air into his lungs, and tumbles off the edge of the dock, hitting the surface with a ringing shout. The freezing water leaves him laughing and gasping for air, his throat burning in the sudden cold.

The dog dives in after him with a joyful leap, paddling in loyal circles around his young master as the boy darts below the surface like some sort of untamed sea creature. Beneath the sparkling sun, the lake is alive, full of silver-gray fish that brush past the boy’s ankles and soft forests of dark green water plants that sway gently in the lazy current. He stays underwater until his burning lungs force him to the surface, where he gulps up great mouthfuls of air, kicking hard to stay afloat. The dog edges closer, nudging him playfully from behind. For a long moment, the boy swims in place, feigning ignorance to the cold nose pressing hopefully against his shoulder. Then he whirls suddenly around, grinning wide, and the dog barks joyfully as he receives a splash in the face for his efforts. They chase each other in crooked circles, splashing wildly, the dog darting just out of reach, his eyes laughing. The game continues until the dog’s short legs begin to slow their pace, and then the boy takes him in his arms and heads for the grassy bank.

There, they clamber out of the water and collapse against the solid, familiar ground, the sun’s warmth now a more-than-welcome relief. The dog shakes his tiny body vigorously, a thousand water drops flying through the air and making the grass glitter. The boy stretches out in the light with eyes closed, soaking up the sun with a great sigh of contentment. Quiet minutes pass, and without either boy or dog really meaning to, they drift into a peaceful slumber. The boy’s hand comes gradually to rest against the dog’s head, and they stay that way until the lake has lost its sparkle, the world beginning to glow in the softest pink of evening light.

A distant shout, pale and echoing through the trees, causes the boy to lift his head uncertainly. The dog jumps to his feet as the call comes again, beckoning them home, and the boy rises slowly, stretching and yawning wide. They run for the house together, darting up the grassy incline and into the woods, the boy’s bare feet flying across the forest path that he knows so well.

The lake is quiet as they disappear between the trees, the empty dock regal and silent as a gentle fog begins to rise from the water’s motionless surface. Dusk arrives in all her moon-drunk glory, turning the air purple as the fog swirls and thickens, swallowing the lake until it is all but invisible in the gray moonlight.

Something shifts ever-so-slightly in the darkness, a slow figure in the fog, and the shadowed figure of an old man is suddenly apparent at the edge of the dock that was empty not moments before. He’s sitting on the end of the plank, swinging his legs above the silver water like a boy would do, staring into the motionless night. His bent silhouette is the picture of haunting melancholy, the laughter of a thousand lifetimes ago echoing in his fading mind as he turns something small and red over and over in his hands.

A threadbare dog collar with rusty buckles, small and incredibly familiar, faded almost beyond recognition by sunlight and time.

The man can almost feel the shape of a tiny, warm body close against his side he tosses the collar gently from one heavily lined palm to the other. The quiet clink of the buckle is the only sound in the ink-black darkness.

Minutes pass, and a different sound whispers through the fog—the softest splash, barely perceptible, as the collar slips easily, carelessly between his tired fingers and sinks beneath the lake’s shadowy surface.

He stares at the water, unblinking, his stone expression crumbling as his eyes overflow with gray-washed sorrow.

Beyond the water, a stormy wind cuts through the trees, haunting and wild, calling for something that has already long faded into the fog-drowned night.

27 thoughts on “the brave boy” 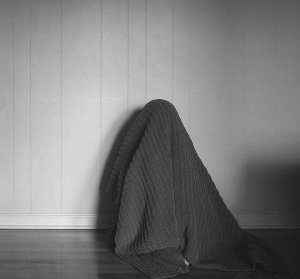 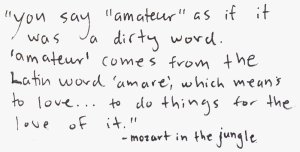